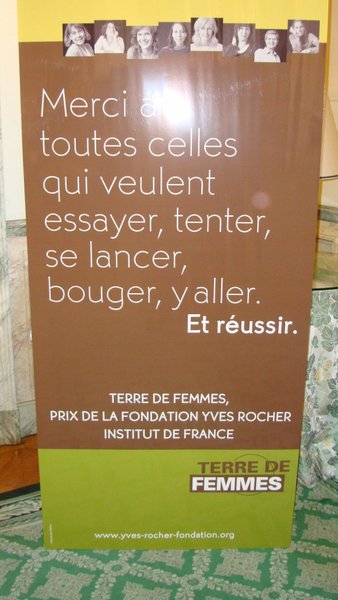 The Fondation Yves Rocher is a foundation under the umbrella of the “Institut de France”. The aim of the Environment Foundation is the conservation and protection of nature. In numerous projects committed to improving the environmental foundation of the French cosmetics manufacturer Yves Rocher worldwide specifically for the environment.

During a moving ceremony Irene Pfister had the opportunity to present the Foundation Green Ethiopia and it’s activities. With great pleasure, she could receive the price and countless congratulations. During the following aperitif, the Foundation could be presented in more detail and many new, interesting contacts could be established.